FIFAC is part of the policy of creating documentary film festivals adopted by the overseas Pôle of France Télévisions for the three major ocean basins: Pacific, Indian and Atlantic. 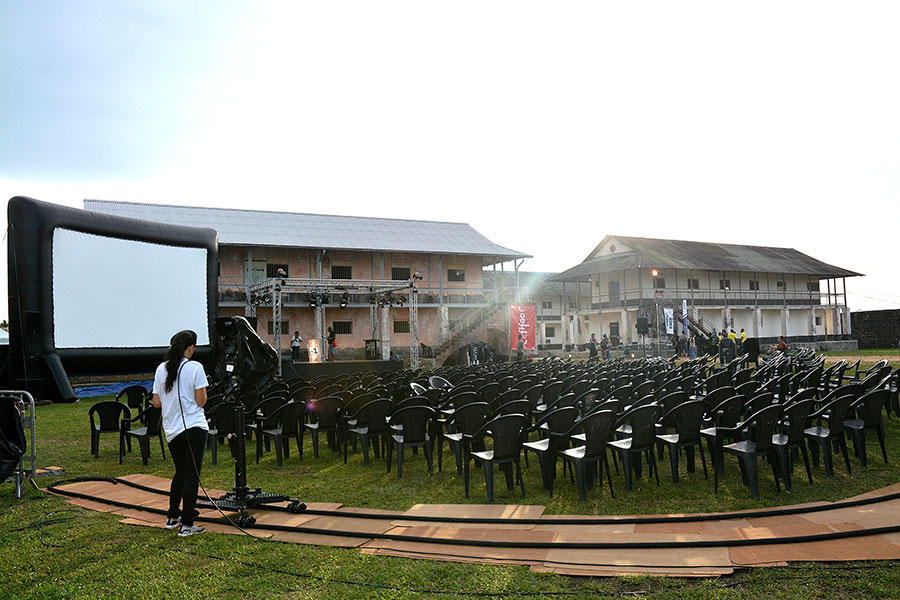 In line with the FIFO (International Festival of Oceanic Documentary Film) which has been held in Polynesia since 2004 and upstream of the FIFOI (International Festival of Indian Ocean Film) which will take place in Reunion Island in 2021, the 2nd edition of the FIFAC will take place in French Guyana, in Saint-Laurent du Maroni, from Tuesday 6th to Saturday 10th October 2020.

The idea of the FIFAC in Saint-Laurent du Maroni became a reality in October 2018, during the 4th International Meetings Doc Amazon Caribbean organized by AVM (Atelier Vidéo & Multimédia), in parallel with the 10th edition of the film festival America Molo Man.
The involvement and the role of the City of St-Laurent and the Pôle Image du Maroni in the birth of FIFAC are therefore major.

From this was born the Association AFIFAC which aims to organize this international event West of the French Guyana .

Among the founding members are the representative structures of the profession in the Antilles- French Guyana :

We use cookies in order to provide the services and features offered on our site and to improve the experience of our users. Cookies are pieces of data that are downloaded or stored on your computer or other device.
Cookie settingsOK
Cookies