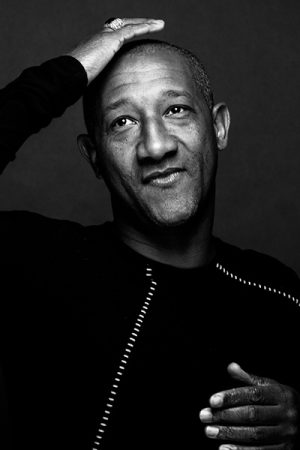 PRESIDENT OF THE JURY

Born in Cayenne, Edouard Montoute lives in the Paris region. He joined the free class of the Florent school, and appeared for the first time on the big screen in Jean Galmot, adventurer by Alain Maline. He then played for many directors such as Olivier Assayas, Xavier Durringer, Brian de Palma. But he is best known to the general public for his roles in Asterix and Obelix: Mission Cleopatra of Alain Chabat (2001), La Haine Mathieu Kassovitz (1994) or in the saga of Cab. He continues alternating cinema and television: the series Cops, The Little Handkerchiefs by Guillaume Canet (2010), Locked Out by Albert Dupontel (2006) or The First Star Lucien Jean-Baptiste (2009), whom he will meet again for the film 30° Color in 2011. Since 2014, Edouard also devotes himself to writing and has directed in 2019 his first short film My Lady of the Camellia, awarded in many festivals. He is working on the writing and development of a series, two feature films and plans to direct a play by Ivorian author Koffi Kwahulé.

COMPOSITION OF THE 2022 JURY 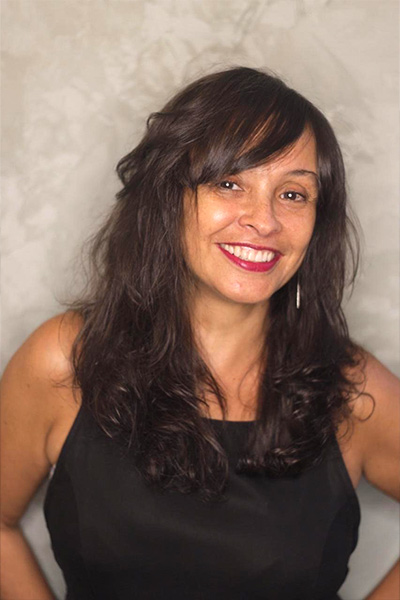 Jorane Castro, scriptwriter and director, was born in Belém (Brazil). In 2001, she created Cabocla Filmes to develop audiovisual projects that offer a new look at the Amazon.

She has a degree in cinema from the University of Paris 8 (France) and studied screenwriting and casting at EICTV (Cuba). Since 2009, she has been a professor in the Bachelor of Cinema and Audiovisual at the Federal University of Pará, the first undergraduate course in northern Brazil.

She has directed more than 20 films, including documentaries and fictions, most of them set in the Brazilian Amazon, including Para ter onde ir and Mestre cupijó e seu ritmo. She is currently finishing the documentary Terruá párá and is preparing her next fiction film, Laura. 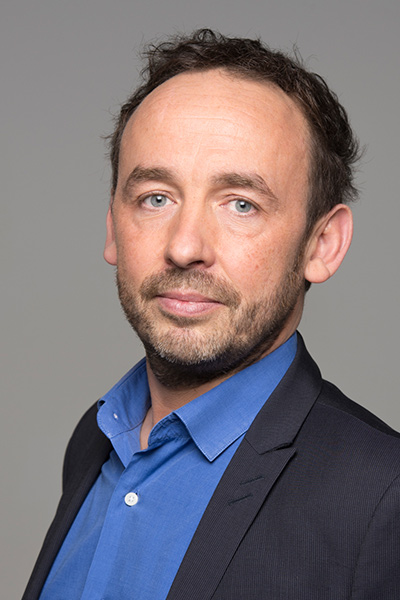 Director of history and culture documentaries at FTV (France)

Emmanuel Migeot began his career as a professor of history and collaborated with the "Centre d'Histoire de la France Contemporaine" (CNRS/University of Paris Ouest). At the same time, he is the author of some fifteen documentaries.

In 2004, he participated in the creation of Kilaohm Productions, a company specialized in the production of documentaries and also co-produces fiction mini-series. 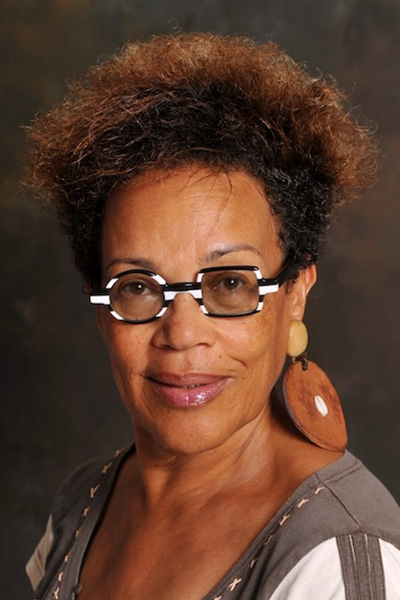 Former journalist and deputy editor-in-chief at Antilles Télévision, Arlette Pacquit has designed and produced magazines and documentaries on Caribbean culture.

Since 2010, always looking for keys to understand the world, mainly the current effects of colonization, she devotes herself to creative documentaries.

Thus, she wrote and directed two films with SaNoSi Productions: Heirs of VietnamThe transmission of the trauma of the Indochina war on the Martinique-Vietnamese mestizos, and Monchoachi The Word Sovajthe untamed word of a poet and thinker on the effects of globalization. 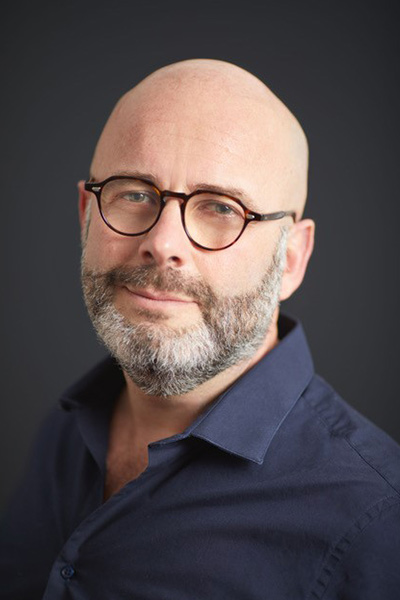 Cyrille Perez is President of the Television Commission of Procirep, which awards grants for audiovisual creation in the animation, documentary and fiction genres.

Elected to the Board of the Union of Independent Producers - SPI (450 members), he is a producer at 13 Prods, an independent audiovisual production company, located in Marseille and Paris, which produces documentaries, TV dramas, short and feature films. He recently produced A son (César 2021 for Best Actor for Sami Bouajila), the web series French Guiana Underground (Best Webdoc Award at FIFAC 2021), the documentary series People of the Earth for France Télévisions or recently From the West Indies to the Jebel: the West Indians in the Algerian War (France 5-2022). 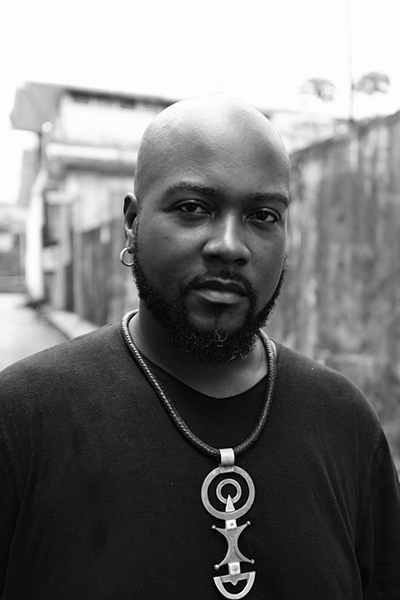 2014, during a short film project with his students, Marvin Yamb decides to give cinema a more important place. He then leaves the National Education to dedicate his life to it. He directed Panga, jury and public prize at the festival Prix de Court 2015. The same year he joins the team of the series French Guiana of Canal + then trains in directing at the school EICAR. In 2016 he directed the short film The taste of calou. He then joined the teams of the series Maroni of Arte, French Guiana, season 2, the short film Lovena of Olivier Sagne (2019) while continuing the direction of short films, The veil then Because I love you on the feminicide, or the video clip The old lovers of Warren and Joyce in 2020. The same year, he co-directs the documentary To love each other in French Guiana with Léa Magnien and the pilot of the series Bel ti koté with Emmanuel Causset. In 2022, he is casting director and actor coach on the film Here ends the world known of Anne-Sophie Nanki, 3rd assistant director on the film The last men of David Oheloffen, 2nd assistant director on the film Bonnarien of Adèle Goliot and will direct his next short film. 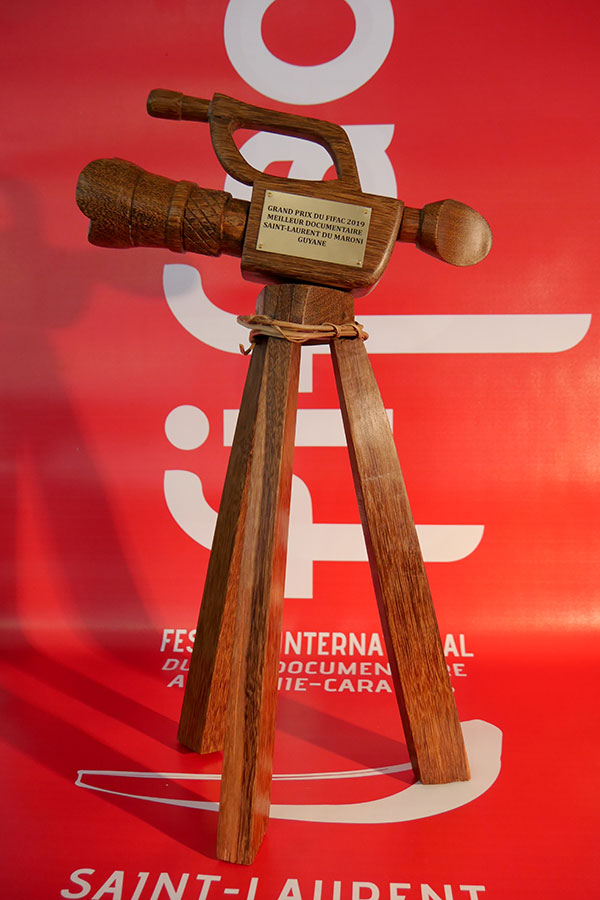 
The trophies intended for the directors of the films awarded by the jury are produced by an artist of the network la Route de l'art - Art Researchers network.André van Bree, a talented sculptor from West Guyana, created these works in hard and precious woods

We use cookies in order to provide the services and features offered on our site and to improve the experience of our users. Cookies are pieces of data that are downloaded or stored on your computer or other device.
Cookie settingsOK
Cookies